The opening forum of an online lecture series on medical education was broadcast live in June 2, which was watched by an audience of nearly 60,000. Two thirds of the viewers were faculty members, medical professionals and administrators coming from over 500 medical schools and hospitals, and the others represented over 200 peripheral organizations involved in the field. 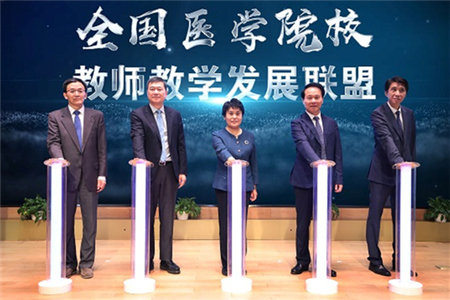 Inauguration of National Association for Education Development of Medical Faculties

The opening forum received widespread acclaim among the viewers. Going forward, the lecture series will feature more medical educationalists and stage exchanges among medical educators around the country.