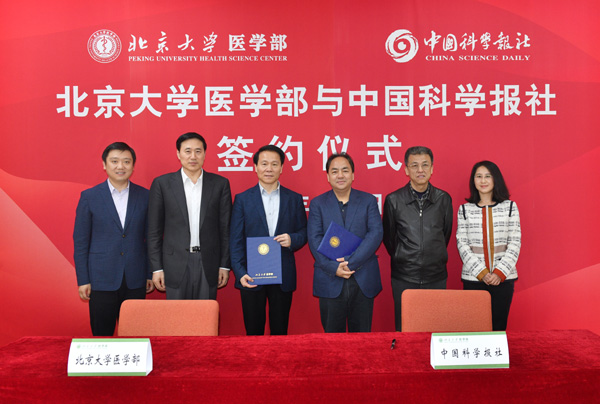 Chen Peng (3rd from the right), Director and Editor-in-Chief of China Science Daily, signs the strategic cooperation agreement with Zhan Qimin (3rd from the left), President of PKUHSC.

On April 1, Peking University Health Science Center signed a strategic cooperation agreement with China Science Daily so as to make full use of their respective resource advantages, devote themselves to the development and spread of the cause of health care, and facilitate the construction of the Healthy China. 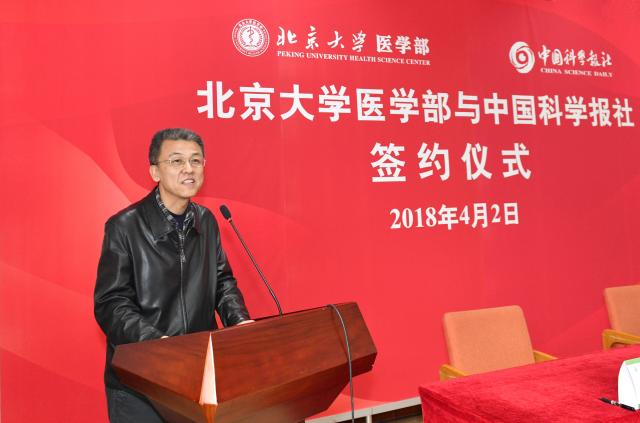 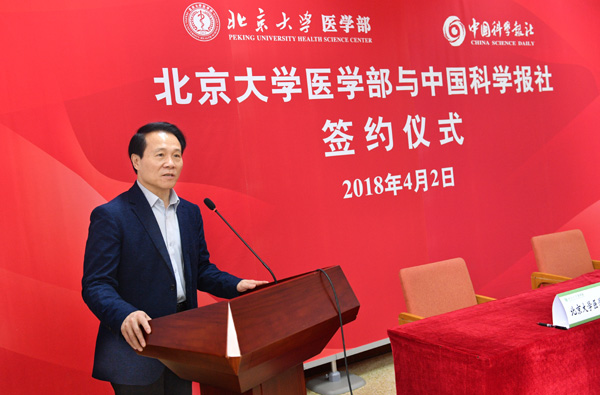 Zhan Qimin, Vice President of PKU and President of PKUHSC, commented in his speech: “The strategic cooperation of the two sides will promote the development of Healthy China in a new way. Both can voice their stories, telling about PKU medicine and Healthy China, so as to increase national health literacy. 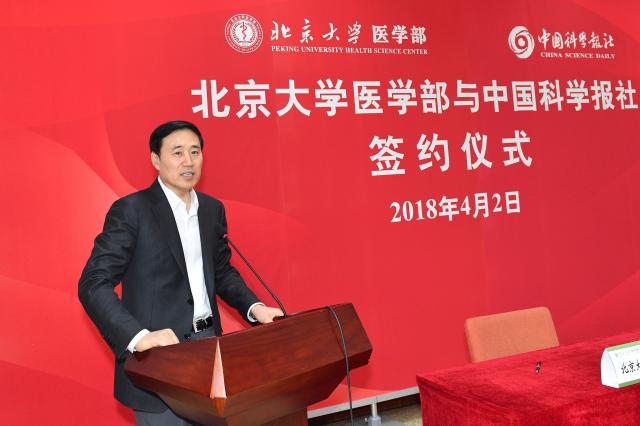