An awarding ceremony was held at the auditorium of Peking University Health Science Center (PKUHSC) on the afternoon of May 11 in honor of the 111th International Nurses Day. The ceremony was also part of the events marking the 110th anniversary of the institution.

The ceremony took a hybrid mode with leaderships and nurse laureates joining the ceremony remotely. 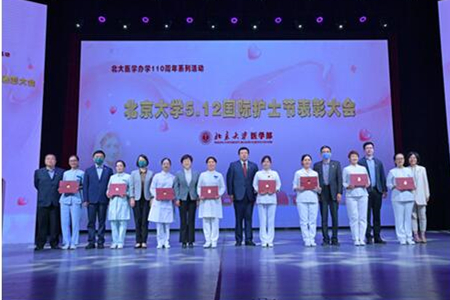 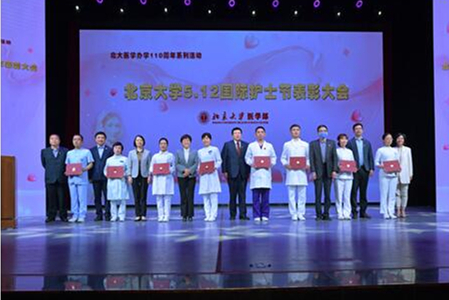 During the ceremony, 31 people were named Head Nurses of the Year (2021), and 122 Nurses of the Year (2021). After making the announcement, Prof. Chen Baojian, Deputy Party Secretary of Peking University and Party Secretary of the PKUHSC, called on all nursing colleagues to model themselves on the award winners, uphold the values of PKU Medicine, and contribute to the Double First-Class Initiative and the Healthy China Initiative. 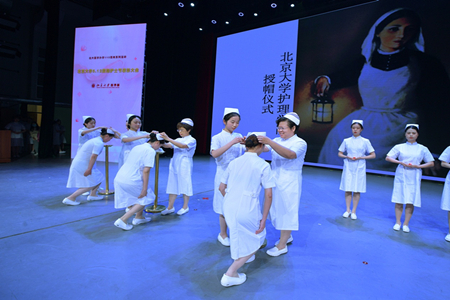 Representatives of the nursing teams of seven affiliated hospitals took turn in sharing their stories at the ceremony. The event concluded with a solemn pinning ceremony.