Recently, National Development and Reform Commission, National Health Commission and National Administration of Traditional Chinese Medicine have announced the list of the third batch of construction projects for national Regional Medical Center (RMC). Sanya Branch of PKU Hospital of Stomatology was selected into the third batch - this is the first time that the country has established a national RMC in the field of Stomatology. 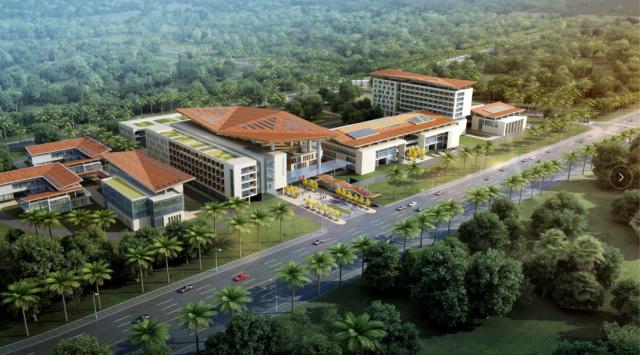 The Sanya Branch project of PKU Hospital of Stomatology is located in Haitang Bay, Sanya City, Hainan Province, covering a total land area of 69,500m2. It is planned to install 150 dental chairs and prepare 100 beds, involving all specialties in stomatology. At present, the project is going smoothly in order.

From now on, taking the construction of a national RMC of stomatology with the characteristics of "Hainan-oriented, South China-covered and Southeast Asia-radiated" as its goal, Sanya Branch of PKU Hospital of Stomatology will accelerate the preliminary work of the project and try to start the construction work early so as to accomplish it and put it into operation as soon as possible.