Academician Han Qide Lectures on “What Is Medical Science?” 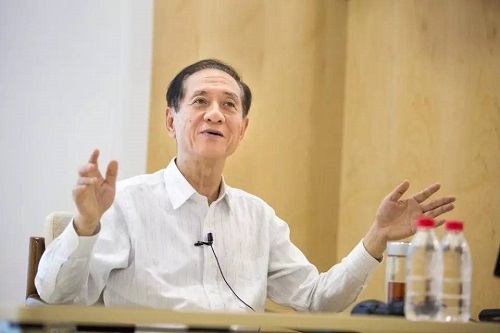 Han Qide at the lecture

On the afternoon of May 31, 2017, the 38th of “Beida Wenyan Lectures” and first of lecture series on “Science and Humanities”, organized by the Institute of Humanities and Social Sciences (IHSS), Peking University, was held in the B101 lecture hall of PKU’s second gymnasium. Prof. Han Qide, Vice Chairman of the National Committee of the Chinese People’s Political Consultative Conference, Chairman of the Central Committee of the Jiu San (Sept. 3rd) Society, Director of Academy for Advanced Interdisciplinary Studies, Peking University, delivered a lecture titled “What Is Medical Science?” He introduced the development histories of Chinese and western traditional medicines and of modern medicine, and elaborated the scientific, humanistic, and social properties of medicine. The lecture was chaired by Prof Deng Xiaonan, Director of IHSS. Wu Zhipan, Vice Executive President of PKU, Yuan Ming, Dean of Yenching Academy of Peking University, Qu Jingdong, Vice Executive Director of IHSS, Zhang Daqing, Librarian of Peking University Health Science Library, Wu Guosheng, professor in the School of Humanities, Tsinghua University, attended the activity. 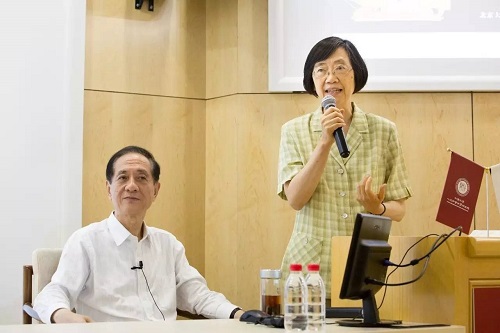 Academician Han Qide quoted the Great Learning to start his lecture and to illustrate that understanding the development process of medicine was very important to know what medical science was: “Things have their root and their branches. Affairs have their end and their beginning. To know what is first and what is last will lead near to what is taught in the Great Learning.” With a review of the histories of Chinese and western medicine, he summarized the ups and downs of traditional and modern medicines in western countries and China, and outlined the different development tracks of traditional and modern medicines in China and the west.

Academician Han commented that faced with many diseases, modern medicine was still short of effective solutions. Therefore, many people in the west have turned to traditional medicine, alternative medicine, or even complementary and alternative medicine. He elaborated on the scientific property of modern medicine and stated that its development was in accordance with the law of modern science and at the same time was of complexity and uncertainty. Han argued that the development of medicine required more interdisciplinary research in scientific and technological frontiers.

Then Han Qide illustrated the humanistic and social properties of medical science. He stressed that there were boundaries for medicine and he believed that the combination of the Internet, the Big Data, and the Artificial Intelligence would likely promote the integration of traditional and modern medicine, hence a herald of the third phase of human medicine.

In the end, Han Qide quoted the Tao Te Ching by Lao-tzu to conclude his lecture and expressed his hope that the audience would not forget about their original intention to maintain the value of human and protect self-productivity: “The tao that can be told is not the eternal Tao; the name that can be named is not the eternal Name. The unnamable is the eternally real. Naming is the origin of all particular things. Free form desire, you realize the mystery. Caught in desire, you see only the manifestations. Yet mystery and manifestations arise from the same source. This source is called darkness. Darkness within darkness; the gateway to all understanding.”