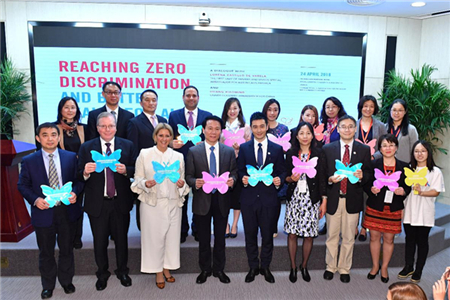 In his opening speech, President Zhan Qimin of PUHSC said his institution had been supporting students in their initiative of the annual week-long campaign for HIV prevention since 2003. Madam Castillo de Varela encouraged students to reach out to their peers in other universities so as to raise awareness and involve more people in the effort to fight against stigma. She emphasized the importance of a sense of responsibility and expressed hope that the “voice of solidarity, peace and love” from China’s students and young people could be heard by more in China and the world at large. Mr. Huang echoed their points and urged students to contribute to zero discrimination and HIV prevention with “a heart of kindness” and “actions filled with love”. 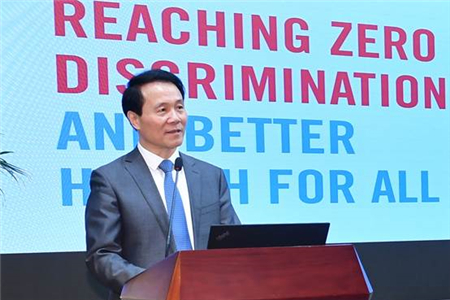 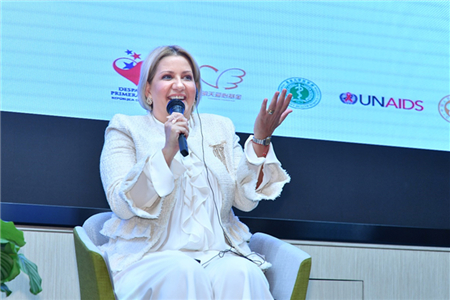 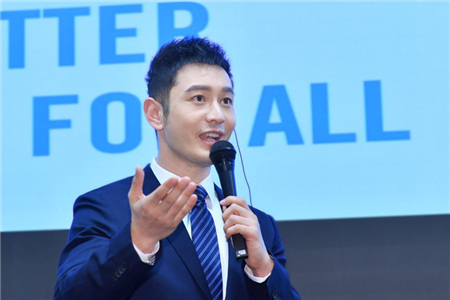 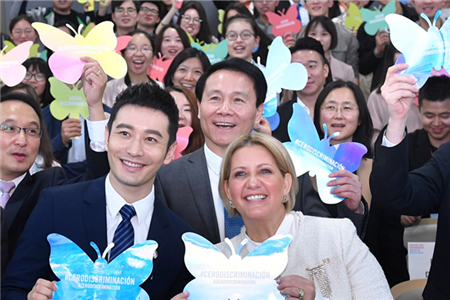