Home» News&Events» News» Carry Forward the Scientist Spirit and Shoulder the Responsibility of Research and Innovation!

Carry Forward the Scientist Spirit and Shoulder the Responsibility of Research and Innovation! 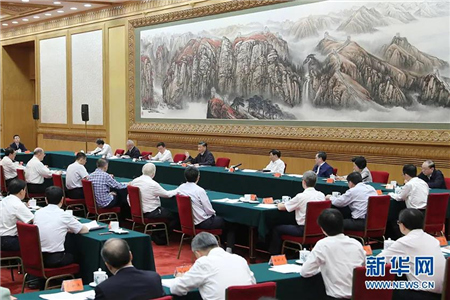 On the afternoon of September 11th, General Secretary Xi Jinping hosted a forum of scientists in Beijing and delivered an important speech. Wang Jun, director of cardiac surgery at Peking University People's Hospital (PKUPH) and academician of Chinese Academy of Engineering, attended the forum as a representative of scientists. The official microblog of Peking University Health Science Center (PKUHSC) invited Wang Jun to talk about his experience in this special event.

Wang Jun: Shoulder the responsibility of scientific and technological innovation entrusted by history 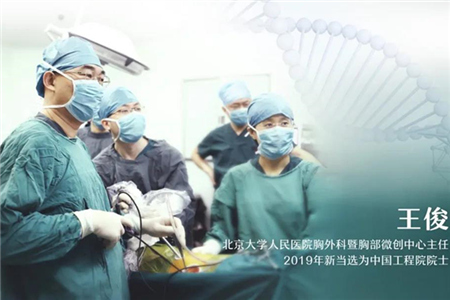 General Secretary Xi Jinping's speech is very stimulating to us. His ideas of "facing the world's science and technology frontier, facing the main economic battlefield, facing the major needs of the country, and facing Chinese people's life and health" and "adhering to the demand-oriented and problem-oriented principle" have clearly pointed out the road and development direction for China's scientific and technological workers. I remember that 4 years ago, General Secretary Xi put forward the idea of "three facings" in the Fourth National Conference on Science and Technology Innovation, the Academicians' Congress and the Ninth National Assembly of China Association for Science and Technology (CAST), while this time another “facing”----“facing Chinese people’s life and health” was added.

In our battle against COVID-19 epidemic, CPC Party committees and governments at all levels always gave top priority to people’s safety and health. “Never give up any life” is the greatest promise of a country, a political party to the people and life. Encountering this year's COVID-19 outbreak, General Secretary Xi stressed that "the key to the final victory over the epidemic is science and technology." "Facing people's life and health" is clearly listed as one of the "four aspects" of scientific and technological work, which reflects the concept of "people supremacy and life supremacy". General Secretary Xi has always stressed this concept and emphasized the importance of promoting the development of people's livelihood with the power of science and technology of the whole country so as to benefit the people. And at the same time, he has given a strategic position to medical and health undertakings, reflecting the Party and the country's commitment to the development of health care and to the cause of health promotion and well-being of Chinese people. As medical workers, we feel that our mission is lofty and we still have a long way to go. We should seize the opportunity of development, dare to explore and innovate, dare to put forward new theories, open up new fields, explore new paths, do valuable frontier clinical and basic research, do the clinical and basic research that is needed by the country and her people, and contribute to safeguarding people's health and accelerating the development of science and technology.

The Department of Cardiac Surgery of PKUPH was founded in 1952 by Gu Yuzhi, one of the earliest renowned cardiac surgeons in China. Since the establishment of the first " Minimally Invasive Cardiac Surgery Center" in China in 2000, the Department has been continuously exploring the fields of thoracoscopic technology, minimally invasive comprehensive diagnosis and treatment of lung cancer, minimally invasive surgery of mediastinal tumor, and treatment of large airway tumor. The development of the past 70 years tells us that clinical research needs long-term focus, rigor and practicality, and hard work. This process needs the support of strong spirit, the integration of personal scientific pursuit into the great cause of building a socialist modern country, the combination of individual ideals with national development, and the transformation of more scientific and technological achievements into practical productivity so as to gather great forces for building a powerful country in science and technology in the world. 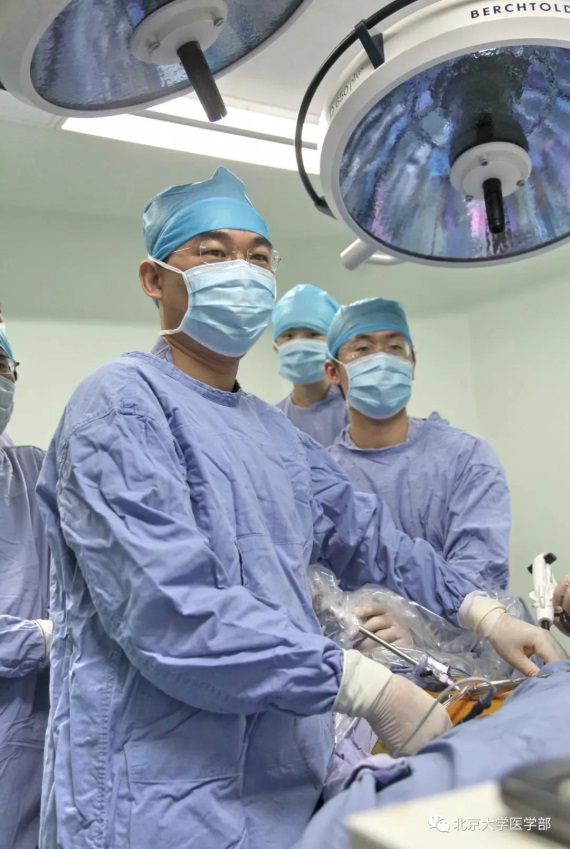 No matter what we have been doing in this field ---- whether it is the first successful video-assisted thoracoscopic surgery (VATS) in China, leading the transformation and upgrading of Chinese cardiac surgery from traditional thoracotomy to modern minimally invasive surgery, or the establishment of comprehensive minimally invasive diagnosis and treatment technology system for lung cancer in China, promoting the popularization of minimally invasive surgery for lung cancer in China, bringing China's early diagnosis and early treatment of lung cancer to the forefront of the world, all of our clinical research and technological innovation are focused on raising the level of diagnosis and treatment in this field, meeting people's increasing health needs and realizing the development goal of "healthy China".

Wang Jun, currently director of cardiac surgery at PKUPH, has been engaged in minimally invasive cardiac surgery and lung cancer research for 27 years. In 2019, he was elected member of the Chinese Academy of Engineering.

Wang Jun conducted the first successful VATS in China. He explored Chinese surgical methods of the vast majority of thoracoscopic surgery, and has always been in the leading position in the number and difficulty of surgery. For 25 years in a row, he has held the national thoracoscopic surgery training class, training more than 80% of the early VATS doctors in China, and the national standard of VATS was formulated under his leadership, leading Chinese cardiac surgery to transform and upgrade from traditional thoracotomy to modern minimally invasive surgery. He established the minimally invasive comprehensive diagnosis and treatment system for lung cancer in China and created "Wang's Technology" named by the cover article of the journal "Lancet Oncology". His technology solved the unique problems of lung cancer surgery in China, and promoted the popularization of minimally invasive surgery for lung cancer in our country. His abundant innovative research findings for early lung cancer have been written into a number of international guidelines, bringing the early diagnosis and treatment of lung cancer in China to the forefront of the world.