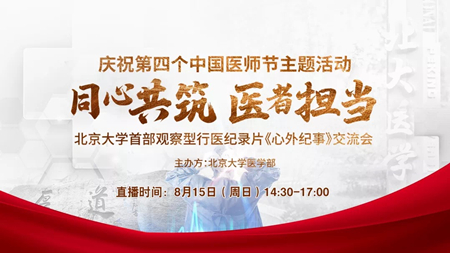 Funded by PKU Education Foundation and PKU White Angel Guardian Foundation, the documentary “Record Outside the Heart” was launched by PKUHSC. As a full record of the treatment of a high-risk case, the documentary presents a truthful and complete picture of how a group of doctors bravely took on the highly difficult surgery and achieved the final success during the process of clinical treatment of a high-risk surgical case. The great details are real and touching, the narrative warm and open-ended, which vividly conveys the implications of doctors’ responsibilities and the doctor-patient trust. 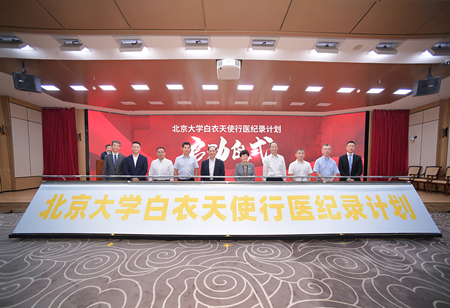 Guests at the meeting witnessed the launching of “PKU White Angel Medical Practice Recording Project.” Reporters from Xinhua News Agency, People Daily, Health News and other national mainstream media shared their feelings after watching the documentary and held discussions on medical humanity, doctor-patient relationship, and medical education. In future, PKUHSC will continue to explore typical cases from different departments and different hospitals, to advocate the spirit of hou dao to the society via documentary. In the meanwhile, it is expected to narrow the distance between the public and the doctors, to enhance the mutual understanding and trust between doctors and patients, and to effectively promote doctor-patient harmony through this kind of documentary.